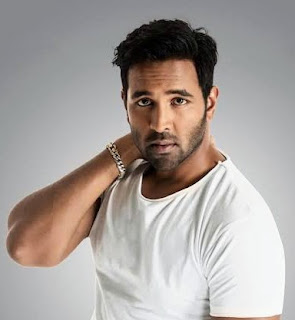 Vishnu Manchu has defeated Prakash Raj in MAA elections 2021 by a huge margin.

Actor Vishnu Manchu is the new president of the Movie Artists Association (MAA). While everyone predicted a neck-to-neck contest between Vishnu and his rival Prakash Raj, the former won the elections by a huge margin of over 107 votes
Telugu news channels have noted that Vishnu’s father Mohan Babu played a huge role in the former’s victory. It is said that he took control of Vishnu’s campaign and threw his entire might behind him, leading him to a comfortable win.
All the key posts in the Association won by Kamma Actors
1) President: Manchu Vishnu
2) General Secretary: Yerra RaghuBabu
3) Executive Vice President: Meka Srikanth
4) Vice Presidents: Madala Ravi
5) Maganti Benarjee
Congratulations to all our members.

September 07, 2016
Challapalli is a village in Krishna district of the Indian state of Andhra Pradesh. It is located in Challapalli mandal of Machilipatnam revenue division. The Rajah of Challapalli, Srimanthu Raja Yaralagadda Ankineedu Prasad Bahadur Garu built this Palace in the early 18th centaury. Then onwards Challapalli became the capital for the Devarkota Estate and the town developed around the palace. It remains as a great example of Andhra architecture to this very day. . The last crowned monarch of Challapalli was Srimanthu Raja Yaralagadda Shivaram Prasad Bahadur Garu (1906-76). As of 2012, the Royal family members no longer reside in the fort. Yarlagadda Rajas of Challapali fort and Zamindari that ruled this area from 15 century now the kingdom has gone due to land cease act that was kept by the Indian Government but their greatness was in the words of the people in that area . The Raja of Challapalli (Devarakota) in Krishna district was among the richest of the Rajahs and h
3 comments
Read more

A road named after Veerasamy Naidu in Singapore

July 04, 2015
Veerasamy Road - Little India/ Singapore Veerasamy Road was renamed twice in its history; it was originally called Inche Lane, and was renamed Jalan Tambah in 1910. In 1927, the road was renamed again as Veerasamy Road, in honour of Dr N. Veerasamy Naidu (1865-1926), one of Singapore’s first Indian doctors and a leader in the local Indian community. Dr N Veerasamy Naidu was born in 1864. He was the son of Narayanasamy Naidu and Ramanuja Ammal. He learned Tamil from the age of four from his grandfather, Kuppusamy Naidu. He studied English at the Raffles School in Singapore and first worked at the lawyer’s office of Mr Cook. Unsatisfied in his job and drawn to the study of medicinal herbs, he decided to pursue an education in medical science and eventually worked in a hospital owned by Govindasamy Naidu. He set up his own clinic called Indian Dispensary in Rochor Road and derived effective scientific and traditional treatments for a variety of new diseases. He was the President
10 comments
Read more