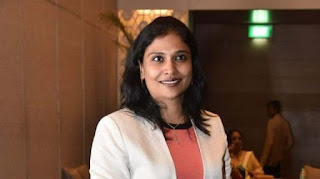 This Hyderabad-based teacher Meghana Musunuri has made it to the top 50 shortlist for this year’s USD 1,000,000 Global Teacher Prize.  She teaches social studies, English and maths. Her name as a shortlist was announced on 9 September.

She is an education futurist, philanthropist and an entrepreneur. She is the founder and chairperson of Fountainhead Global School & Junior College -Hyderabad ; Founder of conservation NGO Save Water And Nature (SWAN); CEO of My Edu Guru and also Hyderabad Champion for Google’s Women Entrepreneurs On The Web (WEOW) working towards her mission of guiding women entrepreneurs in establishing their online presence.

According to a report, she went through multiple rounds of interviews and her work was reviewed not only in the education sector but also outside it. For instance, she said that her school has worked towards reviving the Meedi Kunta Lake and that’s a significant contribution.

According to Musunuri, this prize given to teachers is like giving a Nobel Prize to them.

“Teachers are extremely passionate but the recognition that they get is limited. It is very important to be out there and tell the world what all you are doing and that makes the difference,” she said

She is an ardent believer of the fact that a teacher should strive to handle multiple subjects. She encourages all her teachers to teach different subjects as it leads to the evolution of their respective teaching abilities.

She is looking forward to be in the award category for the Top 10 finalists which will be announced next month. The winners will be chosen by the Global Teacher Prize Academy and felicitated at an award ceremony in Paris in November.

Following the shortlist announcement, the top 10 finalists of the prize will be announced next month. The winners will be chosen by the Global Teacher Prize Academy and unveiled at an award ceremony in Paris in November.

The second Indian shortlist for the award is Satyam Mishra, a mathematics teacher from Bhagalpur in Bihar.

A road named after Veerasamy Naidu in Singapore

July 04, 2015
Veerasamy Road - Little India/ Singapore Veerasamy Road was renamed twice in its history; it was originally called Inche Lane, and was renamed Jalan Tambah in 1910. In 1927, the road was renamed again as Veerasamy Road, in honour of Dr N. Veerasamy Naidu (1865-1926), one of Singapore’s first Indian doctors and a leader in the local Indian community. Dr N Veerasamy Naidu was born in 1864. He was the son of Narayanasamy Naidu and Ramanuja Ammal. He learned Tamil from the age of four from his grandfather, Kuppusamy Naidu. He studied English at the Raffles School in Singapore and first worked at the lawyer’s office of Mr Cook. Unsatisfied in his job and drawn to the study of medicinal herbs, he decided to pursue an education in medical science and eventually worked in a hospital owned by Govindasamy Naidu. He set up his own clinic called Indian Dispensary in Rochor Road and derived effective scientific and traditional treatments for a variety of new diseases. He was the President
9 comments
Read more

July 04, 2018
In the South, the first to get off the bloc were the rich Kammavar Naidu landlords of Coimbatore who prospered  by cultivating high-yielding long-staple ‘Cambodia’ cotton from the  early years of the 20th century. As writers like Christopher Baker112 have pointed out, the Coimbatore or Kongunad region of Tamil Nadu was generally dry and marked by poor rainfall,  even while having an abundance of heavy black soils suitable for growing cotton, groundnut and  other cash crops. The heavy soil texture demanded a style of capital-intensive farming centered  around well-irrigation that was – in contrast to the lush alluvial paddy lands of the Cauvery  delta – not conducive to absentee landlordism. Even the big mirasidar, therefore, tended to be a  hands-on manager who took a close interest in his tenanted holdings. Operating at higher levels  of capitalization also made him more involved in the marketing of his crop, so as to fetch returns  commensurate with the investments
Post a Comment
Read more

Kamma High court and Supreme court Judges Past and Present